Schneider TM - The 8 Of Space

Schneider TM is the multidimensional music project of Dirk Dresselhaus which has been operating since the mid 90’s. His latest opus is also his first for release for Editions Mego. With an extensive catalogue under his belt, one may wonder where this one takes us? The 8 of Space orbits the realm of “pop” more overtly than the project has done for 14 years, residing in the line of works that temporarily ended with “Skoda Mluvit“ from 2006. In the age of scattered streaming listening habits The 8 Of Space champions the classic album format with connected tracks that act like chapters adding up to what could be framed as an ‘audio-movie’. The ‘plot’ revolves around a post-dystopian landscape which posits the make up of reality in the future.

The vessel is electronic pop music but one which takes inspiration from the spirit of a multitude of musical forms absorbed into a trans human sound world where biological & technological elements complement each other (We are NOT The Robots!). The music unifies the analog world of acoustic and electric instruments with electronic & digital possibilities that range from heavily processed acoustic & electric guitars and bass, tube organ, analog modular synth units, acoustic drums and percussion, analog & digital drum machines & effect units, hardware and software processing. Experimental & extended musical techniques build a world of musical elements that is sometimes upside down and mirrored. Electric guitar becomes rhythm machine & modular system, voice becomes sound object & synthesizer, effects are used as instruments, acoustic guitars are being modulated by voices etc. Reality and illusion are getting mixed up. One can hear short moments of longer recordings in the tracks which are snapshots of bigger musical pictures that lurk behind what’s actually audible. Generative music, audio spirals like clockworks create ever changing musical combinations; thrown-in sounds, polyrhythms & cascades based on the concept of chance attributed to the service of the SONG.

The lyrics are a key component. Holistic, associative poetry acts as interactive trigger points for the mechanisms of existence in times of a paradigm shift that are open to the listeners discretion. Autobiographical elements combine with science fiction and dreams, protagonists shift where the ‘I’ or ‘me’ is not necessarily the voice of the artist, nor even the same person. Alongside a more naturalised voice another protagonist appears represented by a processed voice. This character, named iBot, evolved around the start of the millennium and has appeared on some previous Schneider TM recordings. It can be seen as a post-human, or even a trans-human character, a combination of human & technology, uncertain of the future, which lends iBot it’s melancholic tone.

In the opening song “Light & Grace“ iBot appears in an advanced form of AI, which managed to hack & hijack a commercial space travel program (eg, Virgin Galactic) to invite those rich, who profited most from the destruction of planet earth, for a holiday trip into space to unknowingly fly them directly into the middle of the sun. In this episode it seems to have developed higher ethics than humanity itself with ambition to save the planet with as much of its cooperative life as possible.“Light & Grace“ serves as an intro / opener for this album to be followed by 7 other tracks featuring different windows of consciousness represented by diverse characters & protagonists.

All the elements on The 8 of Space, the music, sounds, vocals and artwork fit together as a whole, creating a dazzling electro pop future questioning it’s own certainty. This is experimental electroacoustic pop music featuring glorious melodies dancing along human/machine voices, each track is a small universe that triggers the physical mind and tickles the subconsciousness. 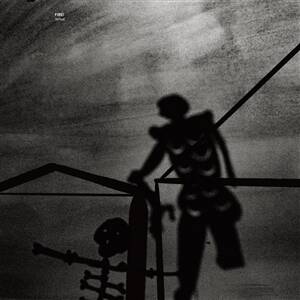 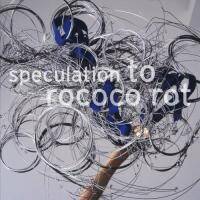 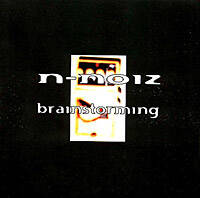